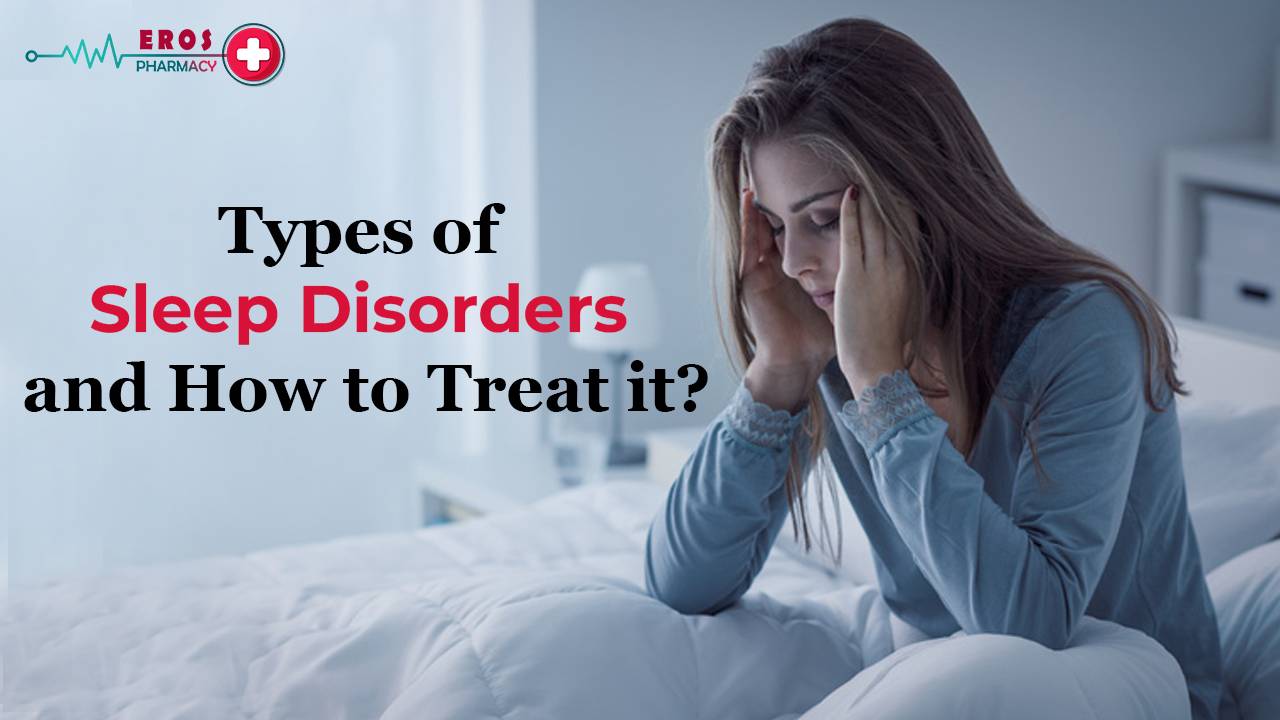 In the united states, more than 100 million people suffer from getting enough sleep. Sleep is extremely important. Sleep disorders can have negative effects on school and work performance, interpersonal relationships, health, and safety. 70 million people in the United States are approximately affected by sleep disorders.

Sleep disorders are conditions that make it hard to sleep or keep you from getting restful sleep. This can make you feel tired during the day and cause other problems. Everyone can have sleep problems from time to time.

If you have any of the following signs, you may have a sleep disorder:

How Many Types of Sleep Disorders are there?

There are approximately 80 different types. The most common are:

Sleep disorders like insomnia people tend to struggle to fall or remain asleep.

Insomniacs exhibit one or more of the following symptoms:

Having at least one daytime problem due to lack of sleep, such as fatigue, sleepiness, mood problems, concentration problems, accidents at work or while driving, etc.

About half of adults have occasional bouts of insomnia, and one in ten has chronic insomnia.

Life stresses (such as job loss or change, the death of a loved one, or moving) can cause short-term or acute insomnia. Like an illness or environmental factors such as light, noise, or extreme temperatures.

Long-term or chronic insomnia (insomnia that occurs at least three nights per week for three months or longer). It causes depression, chronic stress, and nighttime pain or discomfort.

A conditioned emotional response is a common cause of chronic insomnia.

What is Sleep Apnea?

Sleep apnea is a potentially fatal sleep disorder in which a person’s breathing is interrupted while sleeping.

There are two types of sleep apnea:

Snoring, daytime sleepiness, fatigue, restlessness during sleep, gasping for air while sleeping, and difficulty concentrating are all symptoms of OSA.

Because it affects the function of the central nervous system, this type is known as central apnea.

People with CSA may gasp for air, but the majority report frequent nighttime awakenings.

What is Restless Legs Syndrome?

This sensation is because of excessive resting, such as lying down in bed or sitting for long periods, such as while driving or watching a movie.

RLS is most common in the evening, making it difficult to fall and stay asleep. It has been linked to issues of excessive daytime sleepiness, irritability, and concentration.

People suffering from RLS frequently want to walk around and shake their legs to help relieve the uncomfortable sensation.

Narcolepsy is a sleep disorder that makes it hard to control when you sleep and when you wake up.

These unexpected sleep attacks can happen at any time of day and during any activity. Some narcolepsy patients experience sudden muscle weakness in response to laughter or other emotions.

What Treatments are Available for Sleep Disorders?

Counseling: Cognitive behavior therapy is one of the common recommendations by some sleep specialists. This kind of counseling helps you “identify, question, and change stressful thoughts” that keep you up at night.

What Medicines may Help with Sleep Disorders?

Your doctor may suggest that you take some of the following drugs and supplements:

Sleep aids such as melatonin, zolpidem, zaleplon, Modvigil 200mg, Waklert 150mg, and doxepin may be beneficial in some cases of insomnia.

The use of this drug Gabapentin treats restless legs syndrome.

Treating Narcolepsy with a variety of stimulants or wake-promoting medications, including modafinil, armodafinil, Modalert 200mg, Artvigil 150mg, and others. Check our website to buy the Drugs mentioned above at your doorstep!